Windows, Wallpapers and the Boogeyman

Amparo Garrido makes these walls look tasty . They feel like the way a dream progresses, linear and sporadic. 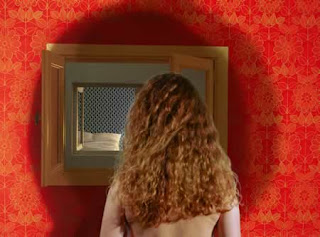 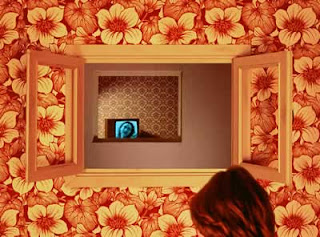 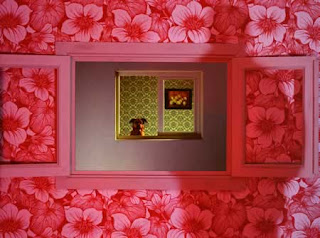 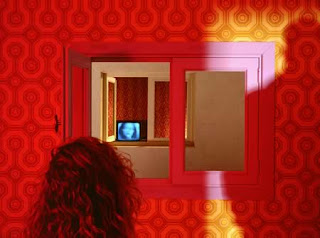 Posted by skylar at 1:53 PM No comments:

Catherin Opie shows us what we look like now

When I first walked into the gallery hosting Opie's photographs at the Guggenheim, a procession of portraits lined up to my left caught me. In front of banana yellow backdrops faces stared towards head on. They were all men wearing assorted stick-on mustaches and beards (made to be real), with their faces taking up the frame from the neck up. Something about seeing where the eyelashes entered the skin, where the glue peeled from the wiry stache's, and the little pores of the skin created this effect where these men, though garbed in stereotypes by their expressions and hair, began to look so incredibly beautiful, so delicate, that I had to search for signs to remind me that they were in fact masculine. The closeness of the photographs and the intensity of the details were so piercing that it took a minute for each image to come back to reality from I don't know what. Only the pushing crowd moved me away from that set.
The surfers and ice houses series are what really struck hard. Opie used 8"x10" film to capture the vastness of ice fishing houses, and surfing, exploring a community that is constant despite their constantly changing environment. They were huge prints, with stunning detail - the density of the fog and blizzard could not take shape away from the nose of a surfer, or the branches of a tree. I wanted to find every edge. Opie suggests that we are in a place in time where sexuality is confusing and open to interpretation. She taps into the innards of the barrier between male and female, gay and straight, and comes out with something paradoxically difficult to categorize. She redescribes the hero with her surfers and ice houses, presenting these communities as pieces of their landscape, rather than additions to it. I wish these following photographs could do her work justice. 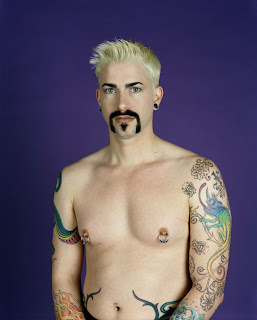 Posted by skylar at 3:20 PM No comments:

I feel as if Narahashi observed giant things around him after a long time under the earth. Like every time he popped his head out from his subterranean tunnels, the world became bigger, stranger, and farther away.

check out his website.
Posted by skylar at 5:33 PM No comments: 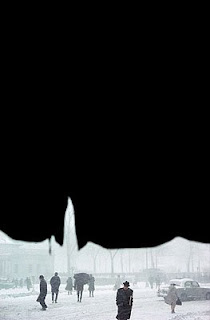 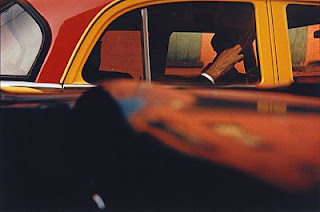 Posted by skylar at 5:29 PM No comments:

These rooms were made to look at, not to touch.

Posted by skylar at 5:20 PM No comments:

Weirdness of the Midwest

Jeff Brouws shows us how mystic the midwest really is.

Holly Andres seems to mostly use children to explain her ideas. I don't where she finds her sets, but the photographs from these two series have such imaginative temper, made more accessible by the so simply attractive faces of her subjects. The Sparrow Lane series could have had a more dynamic narrative... 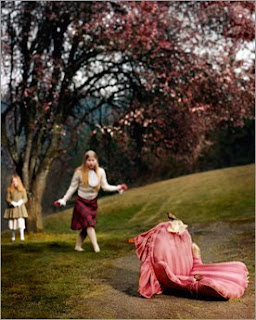 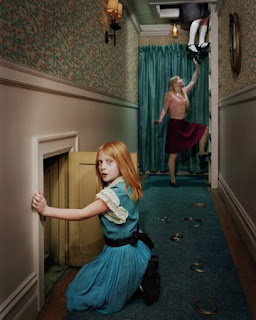 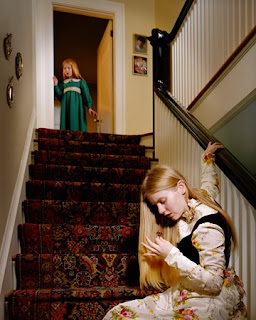 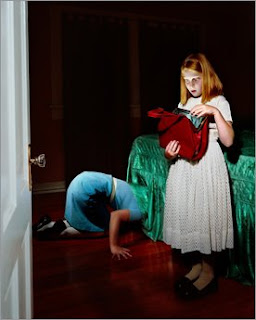 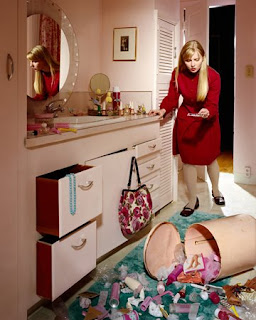 Posted by skylar at 5:04 PM No comments:

Stories from a Short Street 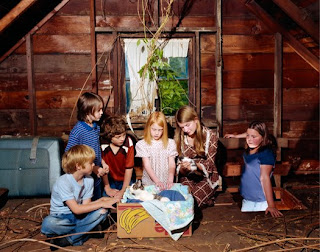 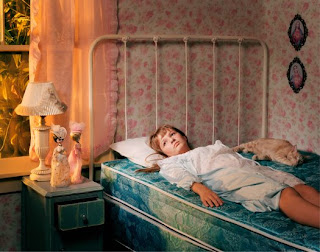 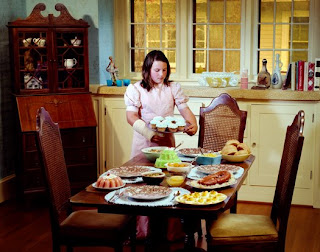 Posted by skylar at 4:55 PM No comments:

This Stage of Motherhood

Gail Albert Halaban photographed communities of mothers, well off and flowering with children's things. It was difficult to see these as more than satirical at first, but as the series goes on, there is a sadness there. There's a subtle sense of loss I feel lies here, whether of youth or freedom, hidden by little feet, hands, and toys.

Posted by skylar at 4:43 PM No comments:

Of Falling and Floating,

These images are from Elijah Gowan's series, Of Falling and Floating. For some reason, despite their theatric tone, they make sense.

Posted by skylar at 4:22 PM No comments: